Riot gear has not changed much, if at all, since the 1970s. However, technology has changed; improvements are possible thanks to new materials and developments. Haven Gear decided that it was time to move away from bulky and uncomfortable riot gear. They decided to launch their own customizable suits that help to change riot gear, ensuring more protection and suit comfortability for officers. 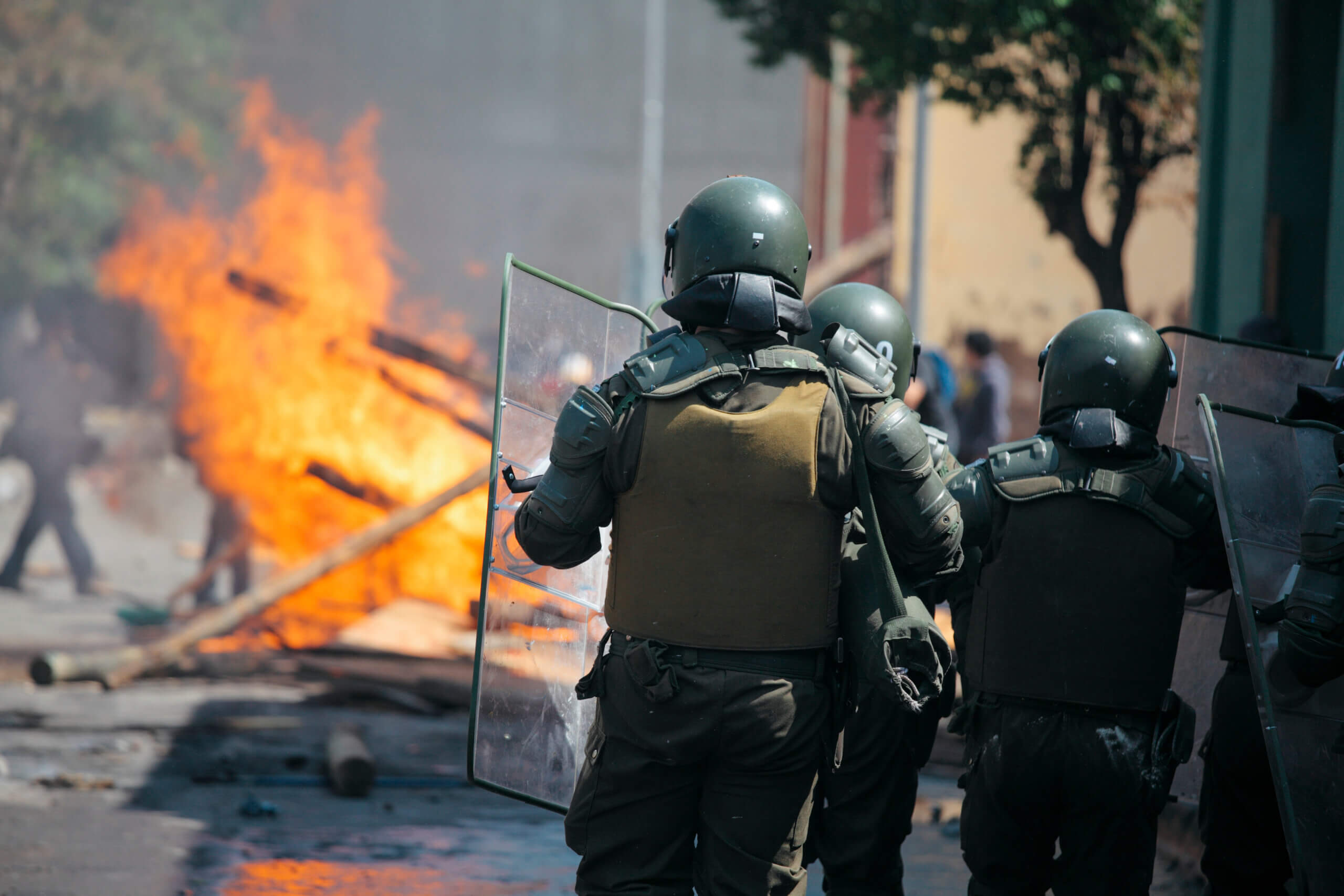 One of the biggest changes that has taken place is the level of protection offered. During a riot, police officers can be exposed to many different threats. Debris may be flying, glass can be broken, weapons might be used, and there may even be fires set that officers have to work around. Riot gear has not always offered officers the maximum level of protection. But, Haven Gear changed this. We use materials and plates that offer protection from a wide array of elements that officers may be exposed to. Our suits also have space, so officers can wear their bulletproof vests while wearing riot gear. This helps to keep an officer protected so they can get home safe.

One of the complaints that many officers had with old riot gear is that it did not allow officers to move around well. The gear was bulky and large, which decreased their range of motion and limited their movement. When you are trying to control a crowd, you need to be able to maneuver easily. Haven Gear uses material that is lightweight when compared to traditional materials used in riot gear. This allows for better movement and range of motion for officers. This can help with crowd control, apprehending offenders, and overall protection.

When a riot breaks out, a police officer sometimes does not have the ability to go back to their patrol car and grab the gear that they may need, such as a shield or baton. They need to have that gear on their body and ensure it is easily accessible. Haven Gear has designed riot gear that has multiple pockets and pouches to store police equipment and riot gear. The company also sells additional accessories and carry bags that provide more storage for the equipment an enforcement officer may need to have readily available when they are going to riot.

The last major change has to do with suit comfort. Riot gear used to be extremely heavy and hot. It was uncomfortable for officers and could even lead to health issues, such as dehydration or overheating. When an officer is sweating and uncomfortable, they may not be able to completely focus on the job at hand. Haven Gear took this into account when designing. Hydration equipment and/or cooling packs can be worn with the gear. This keeps officers safe and comfortable when they are in tense situations.

Haven Gear works with police agencies to design riot gear that is ideal for the conditions that officers face when a riot breaks out. Contact us today to learn more about the products we offer.