MOLLE is an acronym that stands for modular lightweight load-carrying equipment. It’s both practical and functional for officers who find themselves in precarious situations. At Haven Gear, we find trusted MOLLE to be very important when it comes to riot gear.

MOLLE doesn’t refer to one kind of gear. It’s not made by a specific brand either. This abbreviation is a generalized term that describes any portable, load-bearing system. Specifically, MOLLE allows you to attach gear and customize what items you add to your gear. In addition, MOLLE tends to include small packs and pouches, used to carry equipment easily.

This particular equipment style could include a pouch attachment ladder system (PALS), which is a feature that optimizes compatibility. PALS is a webbing system that has stitched loops to hang or situate equipment in or from it. Ultimately, this makes it easy to connect the various items you’ll need in high-stress situations. 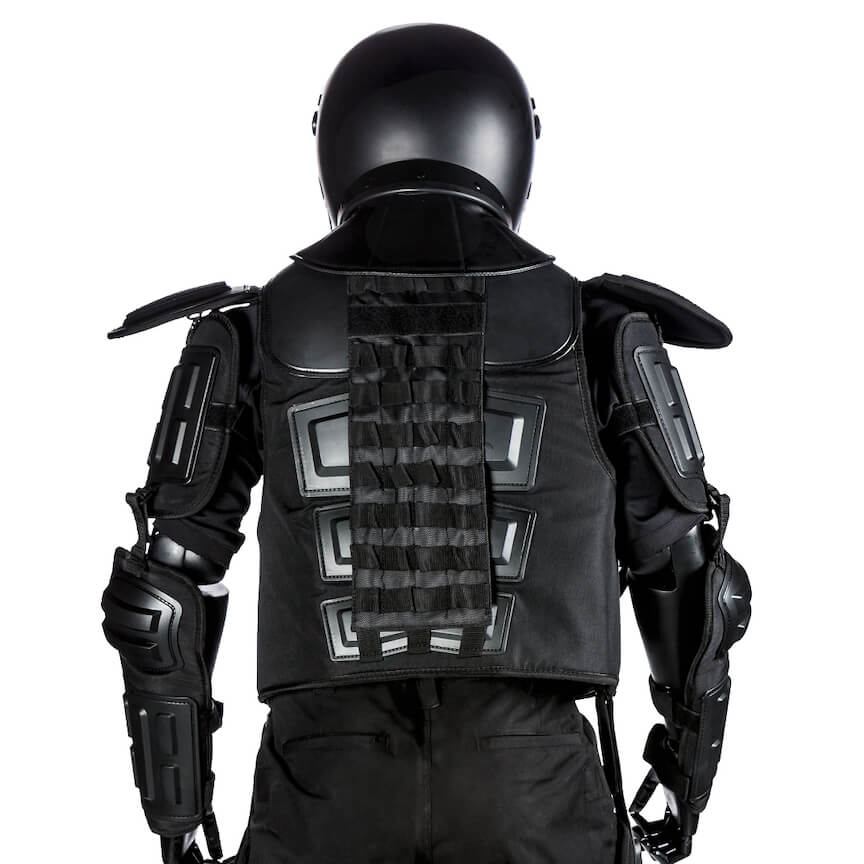 At Haven Gear, we see the functionality and practicality of this type of gear for various situations. For instance, when law enforcement officers find themselves in predicaments where they need to act quickly, they need to have all the necessary equipment handy. They also need to be able to move quickly to help others and protect themselves so the system has to be lightweight. We’ve incorporated the concept of MOLLE into our equipment. Much of the equipment is extremely light and allows an officer to move swiftly, without slowing them down. Additionally, the equipment at Haven Gear is designed so officers can easily grab what they need when they find themselves in situations where they need to act quickly.

Additionally, Haven Gear believes the safety of those who serve us matters. That’s why we focus on including the most sought-after gear for their protection. We also understand that customization is key for law enforcement because they never know what to expect. Therefore, they need a variety of equipment to prepare for the countless possible situations they could encounter. MOLLE allows for this.

We feel passionate about the unification of a group and firmly believe that there’s safety in pairs; two officers may have each other’s back. And when an entire group can look out for one another, they’re more likely to stay safe. It’s much easier to do head-counts, for example, when you can visibly tell where every member of your group is. This can be difficult in situations where there’s a great number of people. When everyone wears the same MOLLE, you can easily pick out your team members.

History of Gear and Equipment

You may not be shocked to know that MOLLE dates back long before the country had to worry about the recent riots. In fact, this particular gear wasn’t developed with riots in mind at all and wasn’t even initially for law enforcement agents in general.

MOLLE’s history began in 1997, but it wasn’t seen much at this particular time. This equipment didn’t truly debut until after the September 11, 2001 attacks. Troops were using this equipment in Afghanistan. They also later used it in Iraq. At the time, we were seeing MOLLE on soldiers only and not on law enforcement agents. However, as time went on, people found other uses for MOLLE, including for officer use. Today, explorers, firefighters, and a number of other groups of people have found uses for this tactical equipment.

Protecting our officers and any other individuals who use our equipment is our top priority at Haven Gear. By offering MOLLE and equipment compatible with MOLLE, we can better keep people safe. And that’s our primary goal.